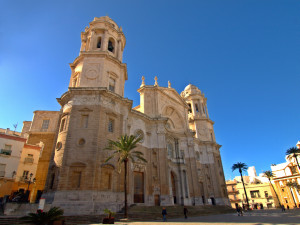 Cadiz is not only the oldest city in the West, it is also the southernmost of the European capitals. Located on the Bay with same name and surrounded by the Atlantic Ocean, is attached to the rest of the peninsula by a narrow isthmus. It is one of the eight provinces that make up the autonomous community of Andalusia. Its coasts, traveled by countless sandy beaches, extend the Cadiz coast along 260 kms. From the climatic point of view, the province of Cadiz enjoys a temperate climate: 17.6 º annual average temperature.

Cádiz is a city with a long history. Founded by the Phoenicians around 1100 a. BC, hosted Carthaginians, Romans, Visigoths, Muslims and was instrumental enclave to the discovery of America. 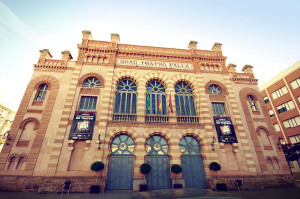 The name of Cadiz has changed much in its history. The original name was Gadir in Phoenician, after Gádeira in Greek, Latin and even Gades Qadis in Arabic. Therefore, the people of Cadiz called “Cadiz”. Hercules is the mythological founder of Cadiz and his name was Melkarth Phoenician.

Cádiz is a remote town from mass tourism and linking the university environment along the open, welcoming and cheerful character of its people. Its old town, considered a historic monument, is partially surrounded by walls and has monuments like the baroque-neoclassical Cathedral, the Church of Santa Cruz, the Castles of San Sebastian and Santa Catalina, the Puertas de Tierra (old entrance to the city, etc.).

The city has the following beaches: the beach of La Caleta, in the old town, the beaches of Victoria, Santa María del Mar and Cut to the new part. To all this we must add the variety of sports and cultural activities that the city offers (Carnival, Easter).